William is an Epic Support Water hero from Holy Light Empire in Awaken Chaos Era. William is one of the best Support heroes for amplifing your team’s damage output, especially in a Speed Nuke Team composition as he enables your team to deal extra attacks using his Counter Attack buff, Joint Attack and his raising the damage potential of each allies basic attack!

Combat Prowess is William’s signature trait that adds 60% more damage on top of each ally’s basic attack damage when ascended! It’s recommended to disable the Attacker heroes skills to force them to use their basic attack to deal more damage when William in the team if their ultimate skill does less damage compared to the combine power of basic attack with William’s trait, especially with Nathalia.

Marching Orders is his basic attack that allows him to call forth a random ally to perform a joint attack with him. This is useful in Bane Wrath to break the boss shield quickly. Apart from that, this skill synergizes well with allies who can inflict debuff to the enemy on their basic attack such as Santis to apply their Poison debuff.

Order: Hold Position is a special skill that grants a stack of Counter Attack buff that only expires when the allies are hit by the enemy rather than having a buff duration expiration. The downside of this skill is it only applies Defense Up to a single-target ally rather than all team members, which is targetted randomly on Auto-Battle. When the allies counter attack, they will be using their basic attack. Hence, it’s recommended to use heroes who is capable of providing an extra benefit with their default attack.

Order: Advanced is William’s ultimate skill, which applies AoE Defense Down on all enemies in the battlefield, similarly to the Sundering Purgatory spell introduced when clearing the Adventure Chapters. By having William in the squad, you can use the spell slot for additional survivability such as Shield of Mercy, Rage Aura or Gaia’s Renewal in your team.

Overall, William is an excellent hero who can help you speed farm dungeons efficiently when you have the gears to equip them to survive against enemy threats. To unleash his full potential, provide him with sufficient Speed to allow him to go first in battle to lay down his AoE Defense Down on the enemies, which requires ample amount of Focus to prevent enemies from resisting it. The remaining stat distribution can be placed to Critical Rate and Attack to enable him to be a support damage dealer. Apart from that, he can be customized to be a tanky support hero as he has excellent Health and Defense base stats.

Born to the Noble Jadikan Family, William’s path to a high-ranking, comfortable position in the Empire was all but assured by his birth, and yet he chose instead to conceal his identity in the Imperial Guard as an ordinary officer, where he distinguished himself in a succession of campaigns against the Outer Tribes and quickly rose through their ranks.

The fact of his lineage combined with his proven strategic talent made William a natural choice decades later for the position of the Emperor’s Hand, High Commander of the Imperial Guard. Innumerable campaigns have transformed William into battle-hardened general with the scars to prove it, and his battalions,
nicknamed the “Emperor’s Blade”, have absorbed something of his decisive bravery with their fierce and fearless advances into enemy lines.

Now advanced in years, and much more suited to the palatial capital rather than the field, years of achievements and medals have done nothing to reduce William’s high standards and demands on his men and their loyalty. Numerous successful campaigns and the trust of the Emperor have made him a popular commander with both the imperial citizenry and his troops, who will follow him wherever he goes, confident that William’s tactical genius will be enough to secure victory. 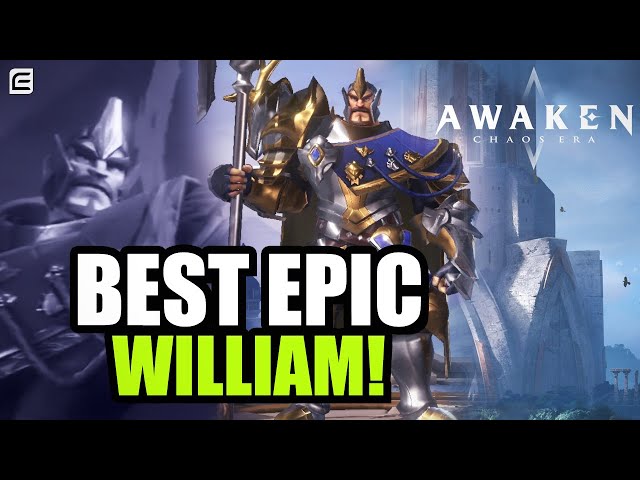