Awaken Chaos Era Wrathful Flood is one of the No Man’s Land dungeon where you farm Water Gems, Water Crystals and Water Obsidians to upgrade Water element heroes. Check out the Wrathful Flood boss skills and the strategies below to learn more about this dungeon so you can farm it more efficiently!

How to beat Wrathful Flood Boss?

Wrathful Flood Menu: There are 11 stages you can choose to fight against the Wrathful Flood. Each stage rewards a different amount of Water Gems, Crystals, and Obsidian. On the right side, there are 2 buttons, which allow you to check the Wrathful Flood skills and the popular team formation used by other players to defeat Wrathful Flood. Click on “Rewards” to view the First Clear Reward, Likely Loot, and Possible Loot. 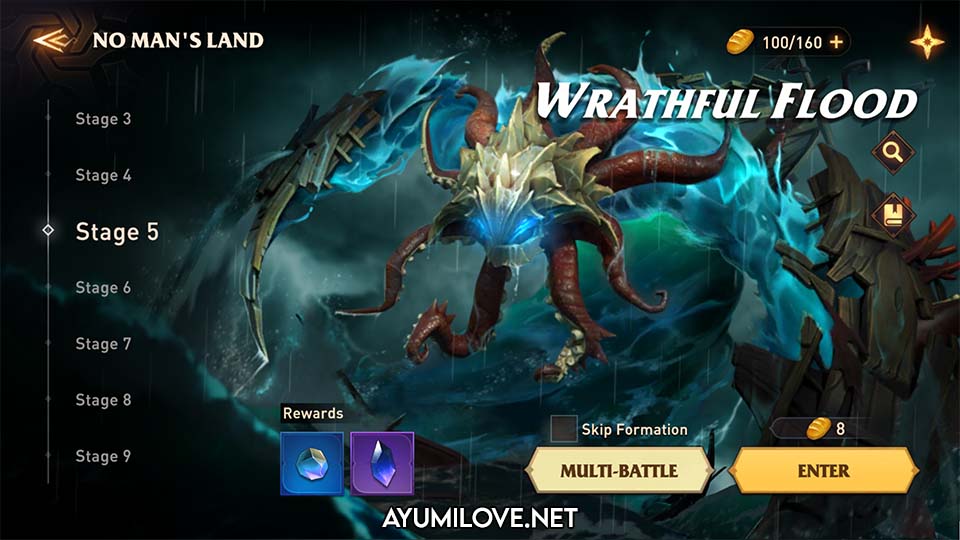 Wrathful Flood Battle (Wave 1/2): You will need to defeat the first wave of Frogman Lancers before getting to the Wrathful Flood boss. These enemies do not provide much of a threat as they are pretty slow and can be easily wiped out using powerful nukes from Wood Element heroes such as Zatlux who goes on a killing spree once he is able to get the first kill. 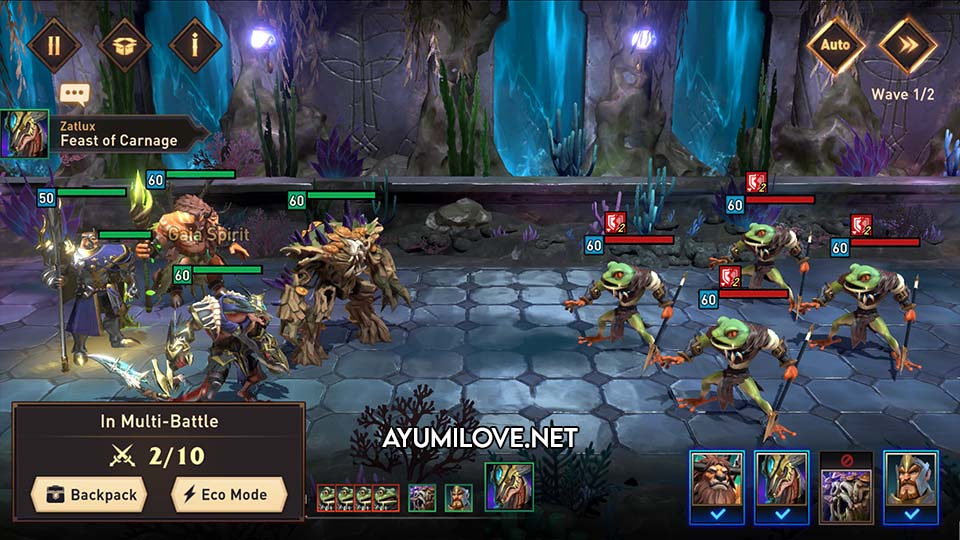 Wrathful Flood Battle (Wave 2/2): This is the Wrathful Flood boss residing in this dungeon where you will be farming his Water Gems, Crystals, and Obsidian drops. Apply consistent Poison to counter his passive healing each time he takes a turn. Using an Elite hero such as Valuk is a great counter against this boss! Also, pay attention to the health of your heroes because the boss will deal more damage based on the total amount of health lost by your heroes. 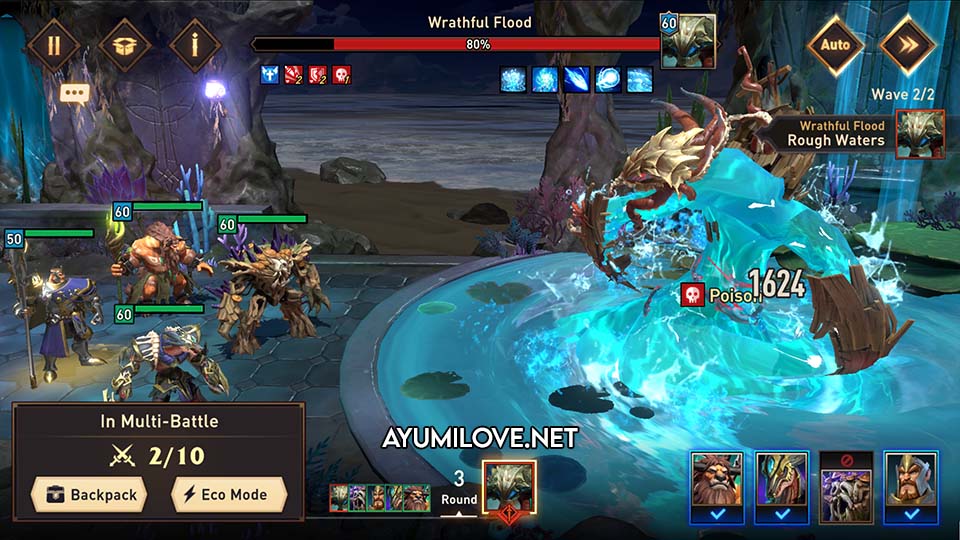 Wrathful Flood Battle Results: After defeating the boss, you will be greeted with the Battle Results. The one shown here is the multi-battle result along with the total items being collected from farming this dungeon. It’s recommended to farm Stage 4 to upgrade Elite Hero skills (highest amount of Water Gems), Stage 6 for Epic Hero skills (balance of Water Gems and Water Crystals), and Stage 9 for Legendary Hero skills (Water Crystals and Water Obsidian). 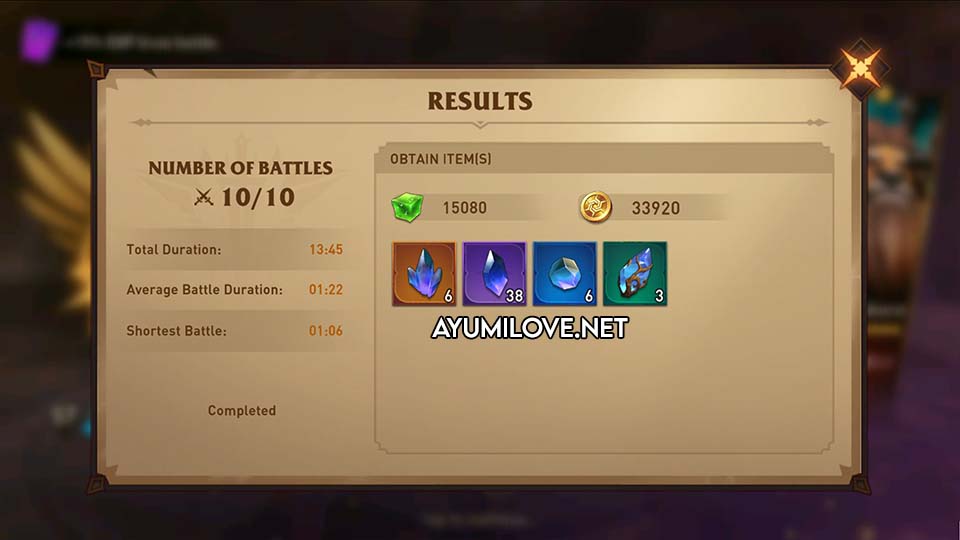