Awaken Chaos Era Bane Wraith is one of the No Man’s Land dungeon where you farm Wood Gems, Wood Crystals and Wood Obsidians to upgrade Wood element heroes. Checkout the Bane Wraith boss skills and the strategies below to learn more about this dungeon so you can farm it more efficiently!

How to beat Bane Wraith Boss?

Bane Wraith Menu: There are 11 stages you can choose to fight against the Bane Wraith. Each stage rewards different amount of Wood Gems, Crystals and Obsidian. On the right side, there are 2 buttons, which allows you to check the Bane Wraith skills and the popular team formation used by other players to defeat Bane Wraith. Click on the “Rewards” to view the First Clear Reward, Likely Loot and Possible Loot. 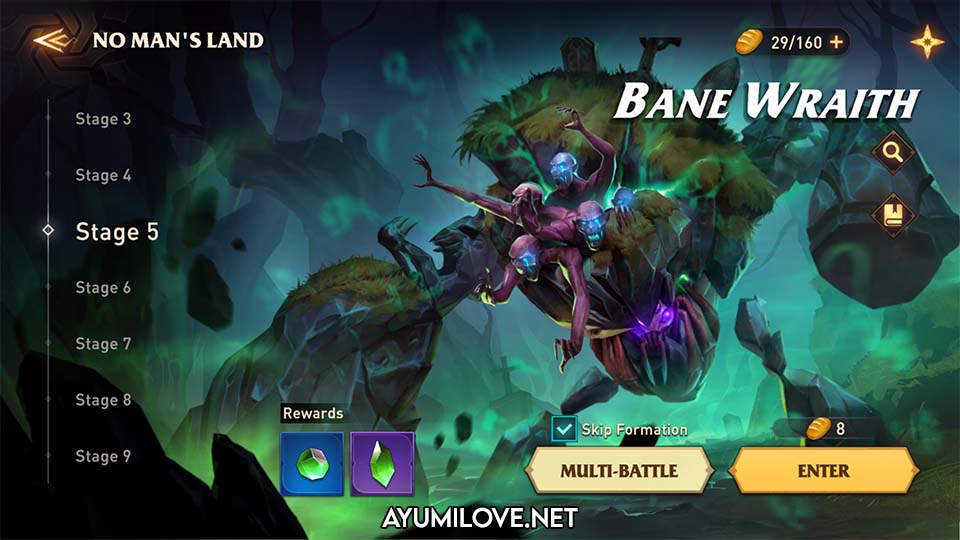 Bane Wraith Battle (Wave 1/2): You will need to defeat the first wave of Forest Wolfs before getting to the Bane Wraith boss. These enemies does not provide much of a threat as they are pretty slow and can be easily wiped out using powerful nukes from Wood element heroes such as Zatlux, Valeria or Zachary. 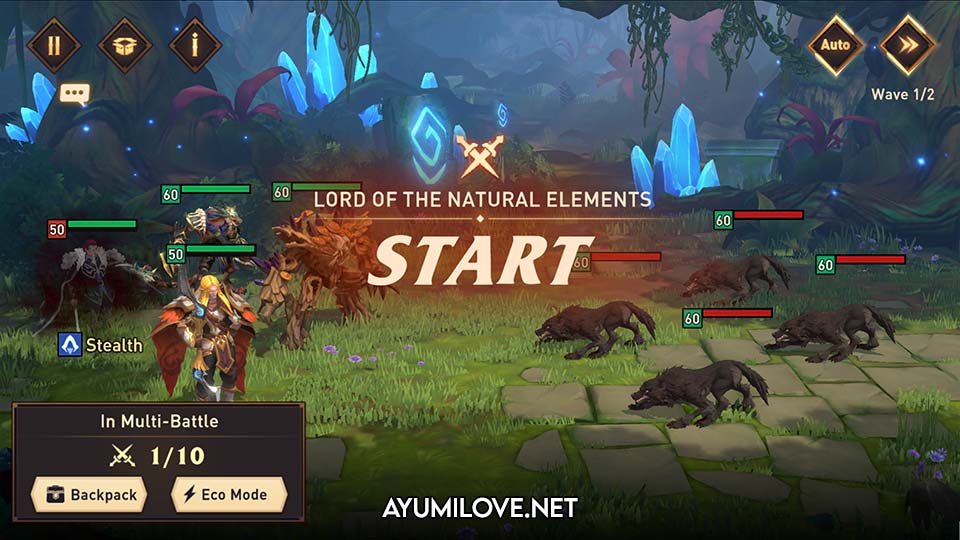 Bane Wraith Battle (Wave 2/2): This is the Bane Wraith boss residing in this dungeon where you will be farming his Wood Gems, Crystals and Obsidian drops. Apply multi-hit heroes such as Jacob, Earendil, Elson or Scarlett to takedown the boss’s shield quickly. Have at least a support healer to heal your heroes if you are unable to take the shield down within 2 turns. 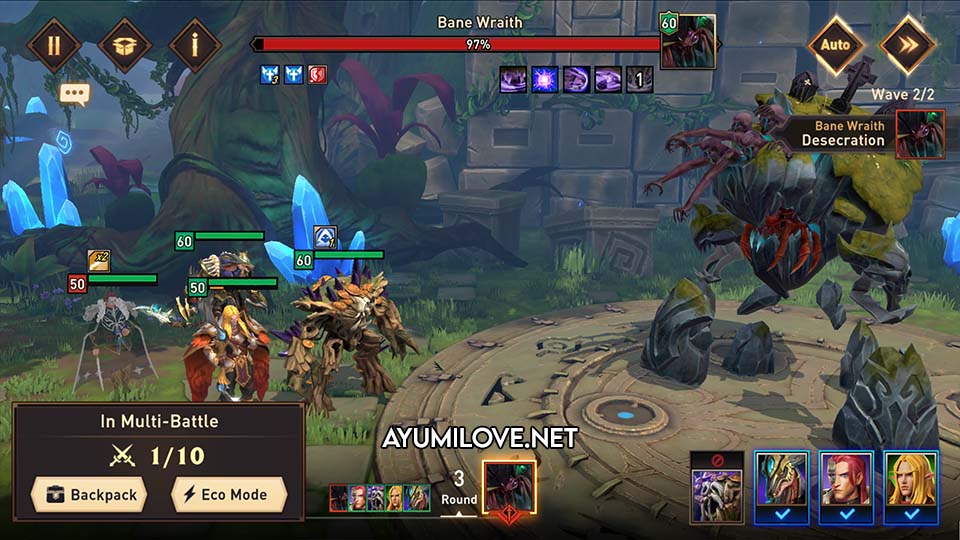 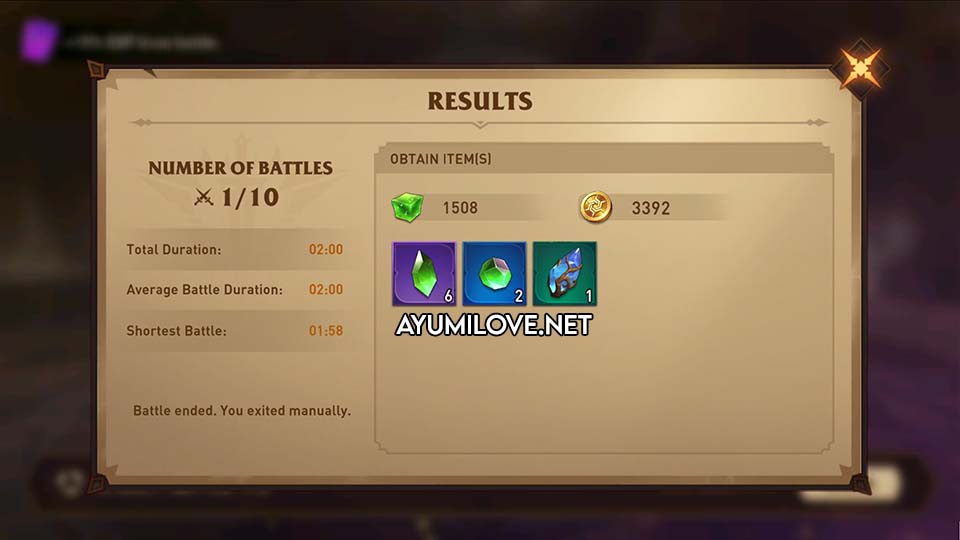 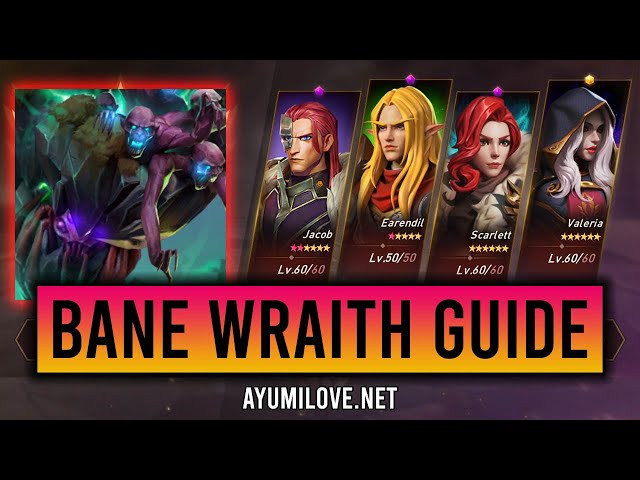 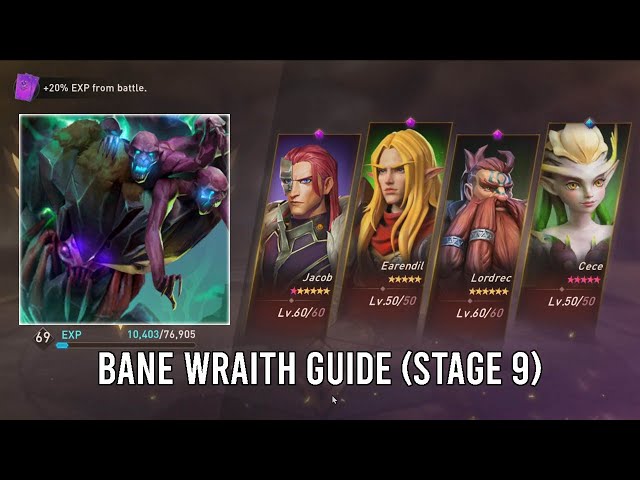