Plot (Special)
Randomly selects 1 ally at the start of every round. Every time that ally uses a basic ability, this character launches a joint attack with their own basic ability.
Level 2: Grants Attack Up to the ally for 1 turn.

Jacob was born into nobility as the son of a senior minister in the Imperial Treasury and younger step brother of Lydia. The product of an illicit union between a drunken father and a lonely maid, Jacob’s very existence served as a continual embarrassment to his family only tolerated due to the lack of any other suitable heirs to the fortune and noble title. Jacob was however happy to play the part of an obedient son to an angry and drunken father for many years knowing that a destiny of wealth and power still ultimately awaited him and perhaps one day even some acknowledgement from his father.

Away from his parents’ gaze, of course, Jacob’s truly wild nature came out at the many operas and masked dances of which he was a frequent participant, and which held particular appeal because of the opportunity afforded by masks for Jacob to act his authentic self. The news of a legitimate son to his father quickly put an end to Jacob’s dreams of an aristocratic life as he was financially cut off from all but the most basic necessities with the expectation that he would be departing the family soon to begin a new life as an Imperial Guardsmen. Jacob decided to take matters into his own hands soon before he was due to depart for the frontier. He slipped into his younger brother’s room and put his step-brother to death, thereby punishing his father for years of mistreatment and lack of recognition.

Heartbroken, Jacob’s elderly father died from the resultant shock. An investigation began which immediately pointed the finger at Jacob as the prime suspect. Jacob’s step-sister, Lydia, had already achieved a significant power base in the administration by then and was therefore capable of quashing the investigation if she so chose. A rather dispassionate observer to the sordid affair, Lydia was under no illusions that her step-brother was innocent, and yet did not care a whit as Jacob had thereby provided her with the opportunity to acquire his family’s fortune. Jacob and Lydia agreed the investigation would end as long as he supported her claim to his noble titles.

The pair of morally compromised nobles soon found themselves working together on a regular basis: Lydia the architect behind the orc slave trade and the second most powerful person in the empire as the High Exchequer, and Jacob a convenient means of securing the elimination of certain aristocratic or commoner opponents who might attempt to unseat her. 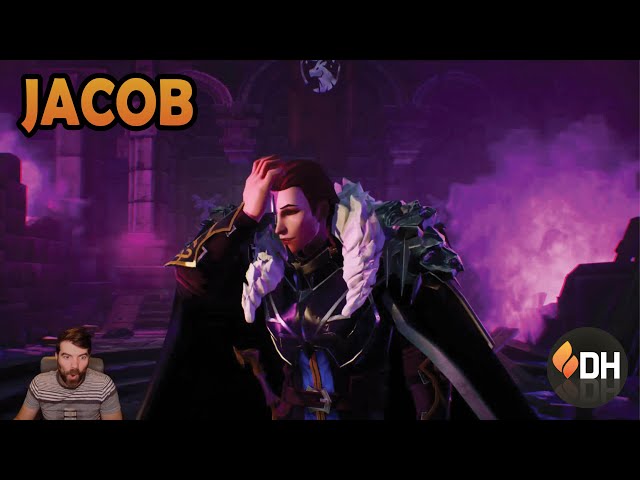