Santis is an Epic Offense Water Hero from Soulplunders in Awaken Chaos Era. Santis is obtainable from Hero Synthesis, where you need to fuse Elson, Freya, Joseph and Rujago who are 3-Star Elite Heroes fully ascended and leveled up. She is also used as a Hero Synthesis fodder to get Siress. Santis is a well-knowned hero who is used in Poison Detonation Team along with Gangelo and Ghajar as she can inflict Poison debuff and extend their debuff duration too!

Void Encroachment trait allows Santis to have a chance to apply Poison debuff whenever she inflict damage on the poisoned enemy. She requires 5 copies of herself (Ascension V) to upgrade her Trait Poison chances from 50% to 100%. With this setup, you can speed run dungeons much more consistently while dealing massive Poison damage to bosses. Special Note: Cursed Set will not proc this trait as it was re-balanced to prevent Santis from being to OP (overpowered) by inflicting too many Poison debuffs!

Void Contact is her basic attack that applies a Poison debuff to an enemy and allows you to trigger her trait if there aren’t any other poisoner in the team. It’s recommended to provide her with sufficient Focus to inflict Poison debuff. Otherwise, you will notice the enemies resisting them with ease.

Void Incursion is her special ability that duplicates Poison debuff onto a random enemy, which is beneficial in swiftly taking down the side minions too. However, this could cause some inconsistency in the battle success, especially farming higher difficulty dungeon as you may need to defeat both minions before defeating the boss if its too challenging. For example, if you opt to defeat the minion first, but the Poison is duplicated to the boss instead such as Roaring Tulpa or Gemini Dragon, it will trigger them to perform his ultimate attack early on to wipe out your squad! If you are required to defeat only one minion quickly, then it’s safe to have Santis’s skills activated.

Void Descent is Santis’s ultimate ability that extends Poison duration on all enemies, which leads to higher damage output against higher HP enemies. You can amplify the amount of Poison damage by pairing her with other Poison Heroes such as Valuk, Ravyn, Gangelo and Ghajar.

Overall, Santis is an amazing hero from early-mid-late game as she is one of the best Poison heroes for raiding bosses efficiently as the damage dealt scales based on Enemy MAX HP. To unleash her full potential, provide her with sufficient Health and Defense stats to tank the damage dealt by enemies, followed by Focus stat to enable her to apply her Poison so it will not get resisted by the enemies at higher difficulty. Equip Santis in Cursed Set to increase the number of Poison debuff inflicted on the enemies with her basic attack!

Early-Game Tips: The best way to gear Santis for early game progression is equip her in Terra Set and Vanguard Set to provide sufficient Health and Defense when you first start to farming Queen of Tides Stage 10 to 12. Once you obtain a few decent set from the dungeon, then you can switch her to those gears to improve her survivability with Revival Set or offense capabilities with Cursed Set.

Void Encroachment (Trait → Ascension)
Attacks against enemies affected by Poison have a (50% → 100%) chance to apply an additional Poison for 2 turns.
Poison: Deals damage based on Max Health at the start of the turn.

The dark elves are an offshoot of the High Elves, formed around a millenia ago as an indirect result of the creeping chaos corruption of Aurelica. A group of elves contaminated themselves with blood magics, a forbidden Chaos school of magic, which led to minor physical alterations in the original elves’ appearances. Their darker tone and the “original sin” of the blood ritual has served to ostracized the dark elves and their descendants from the rest of “High Elven” society, although the two groups still maintain a mostly cordial relationship. Santis is one of the most powerful sorceress amongst the dark elves, but her elite status has rather poisoned her heart and her mind with hatred against the High Elves and what she sees as their false society.

Santis’ anger seeded a deep desire to access the forbidden tomes of chaos magic held within the Astral Tree, but her newfound skills were discovered and punished by sentence of death by the High Elders. Santis’ older sister, Siress, made an ill-fated attempt to break Santis out of her cliffside prison but lost her footing and fell to her death over Thunder Valley. Her sacrifice moved the High Priestess, Mytheasia, with compassion, who argued forcefully for Santis’ life, whom she promised to keep under watch as her own personal assistant. Spared death, Santis received a new existence in the High Priestess personal retinue, but it remains to be seen whether this saving act of kindness will change Santis’ hate-filled heart… 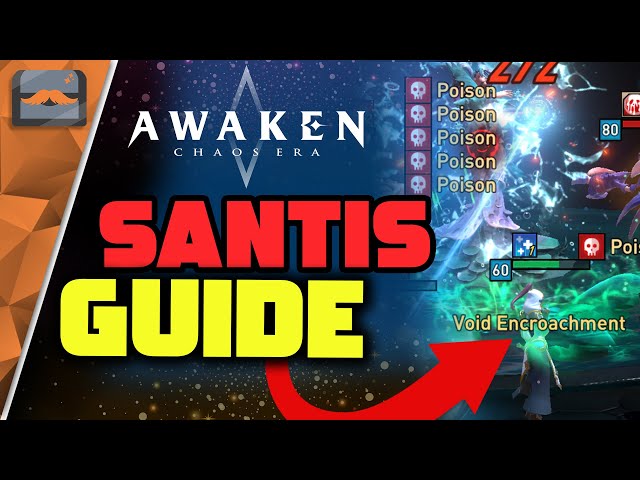