Awaken Chaos Era Ash Magisteria is one of the Arcane Dominator dungeon where you farm Raider Set, Dragonscale Set and Avarice Set gears by defeating the boss guarding the area. Ash Magisteria has 2 unique abilities that makes it challenging to defeat him, which are planting a bomb on one of your hero and summoning Fire Imps to assist him in battle. The Bomb explodes upon your hero taking 3 turns, dealing AoE True Damage (ignore Defense) and stunning on all of your heroes! In addition, the Fire Imps will join in the attack and any surviving Fire Imps enables the boss to boost his ultimate skill damage output.

How to Defeat Ash Magisteria?

Ash Magisteria Menu: There are 14 stages you can choose to fight against the Ash Magistgeria enemies to farm gears. The last 2 stages are Hell Mode difficulty, which has enemies that are much more difficult to defeat in the first 2 waves. From this menu, you can check the enemy’s skills and the popular team formation used by other players to defeat Ash Magisteria’s enemies. 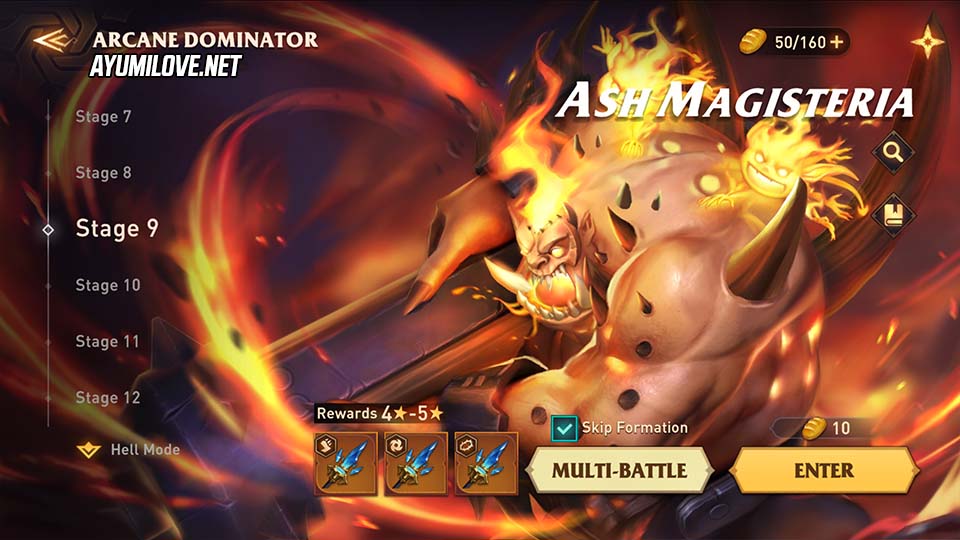 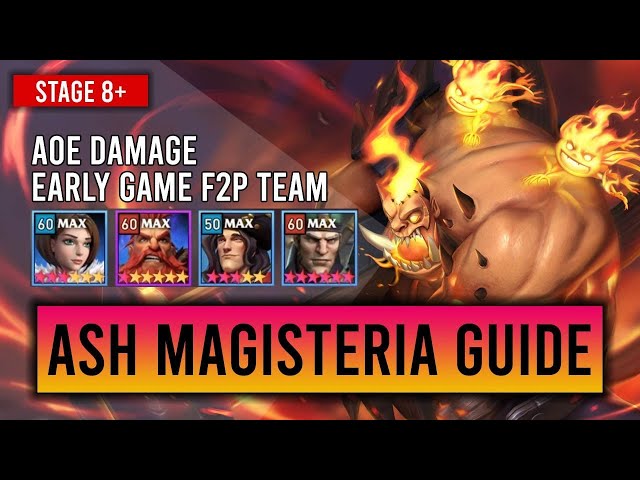 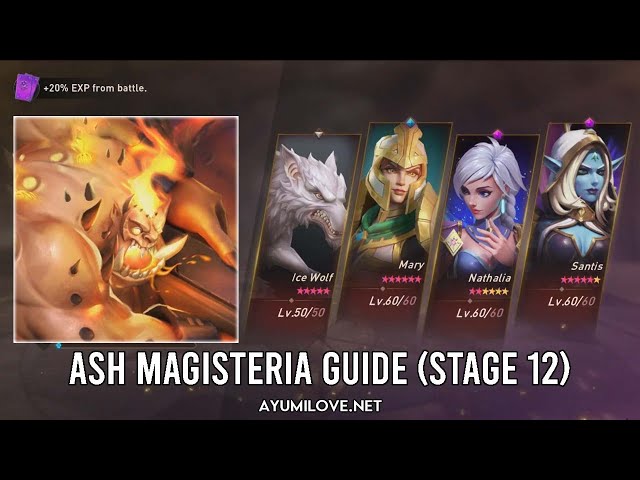 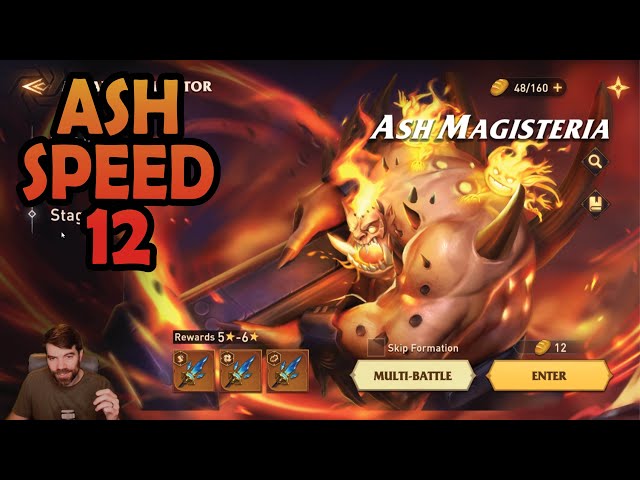 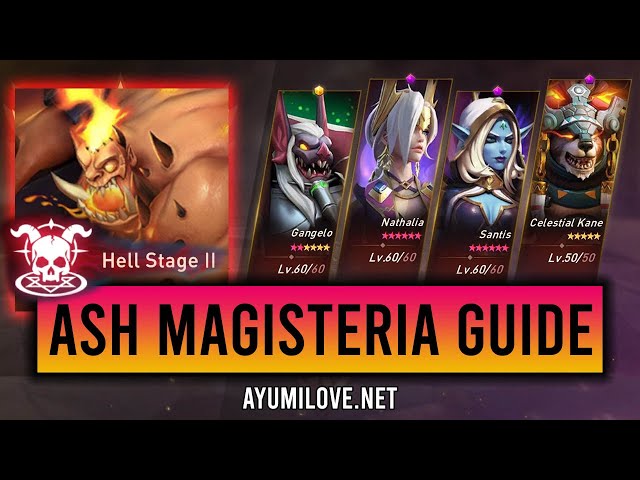 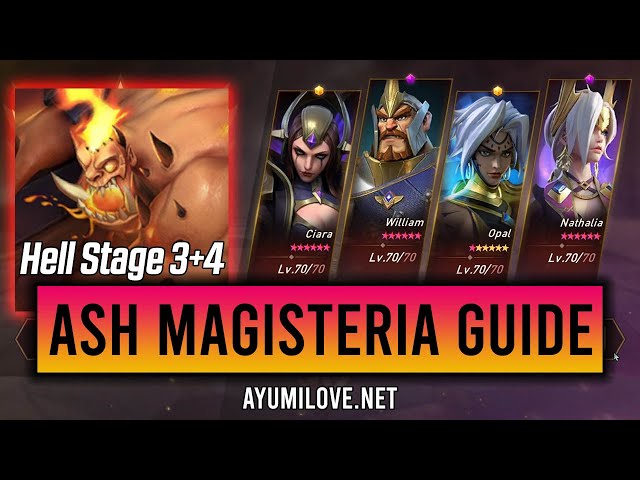 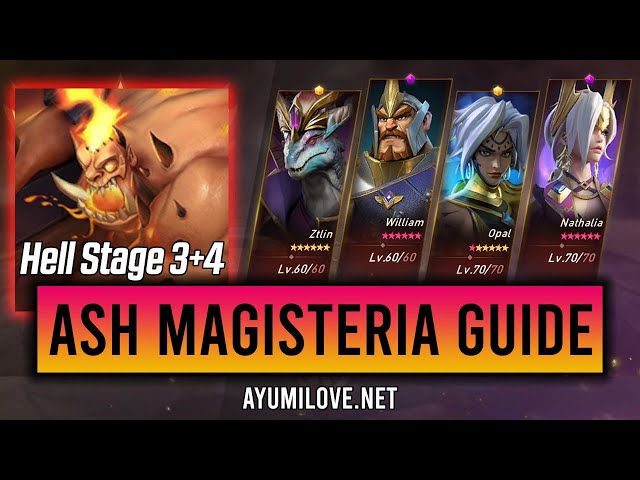 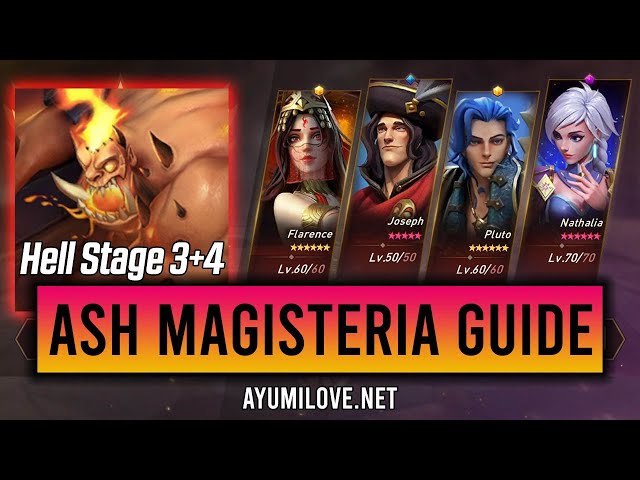