Nathalia is an Epic Offense Water hero from Free Cities in Awaken Chaos Era. Nathalia is renowned for her high damage output for both single-target and AoE as it scales significantly based on the amount of buff she has on herself upon unlocking her trait’s full potential at Ascension II. However, if you do not have the heroes to provide her buff or do not have specific Gear Sets equipped on her (e.g. Cursed Set, Guard Set), then you might be disappointed to see a low damage output from her as well as her inconsistent ability to perform a full AoE attack on 4 enemies with her basic ability.

Arcane Energy is Nathalia’s unique trait that grants her basic ability to target an additional enemy for each buff on her, which means having at least 3 buffs will enable her to attack all 4 enemies in the battle field! However, she would have difficulty clearing World Challenge with her basic attack as the enemies can increase up to 8 enemies in a wave. Once you ascended her twice, she gains +10% damage per buff, which makes her a very powerful attacker! She synergizes well with Joseph and Brand to provide her the buff she needs to clear the waves.

Arcane Surge is her basic ability that attacks an enemy while providing a Random Stats buff for 1 turn simultaneously. This skill pairs with her Trait to dynamically change the amount of targets that she can hit with this ability in the battlefield. To maximize her full damage potential, equip her in Cursed Set to have a chance to gain a bonus attack to trigger her basic ability and gaining a buff concurrently.

Arcane Ward is her passive ability to grant her additional buff every 3 turns with the pre-requisite of having at least 1 buff on herself. It’s recommended to pair her with heroes who can provides different type of buff than the one she self-buff. Otherwise, the same buff type will just override each other and she will not gain additional damage from her trait.

Arcane Nova is Nathalia’s ultimate skill that inflicts high amount of damage to enemies in the battlefield and instantly resets this skill cooldown if its able to kill at least 1 enemy. Take note that this skill only targets 1 enemy similarly to her basic attack. You will need to pre-buff her up to target multiple enemies with this ultimate skill! It’s recommended to build her with high Attack, Critical Rate and Critical Damage stats to achieve this condition, so she can nuke every wave she encounters while farming in Adventure and Dungeons.

Arcane Energy (Trait → Ascension)
For every positive effect this character has, their abilities affect 1 extra enemy (Ascension → and damage is increased by 10%.)

Checkout the best build for Nathalia with gears and stats!

The recommended stats to prioritize on Nathalia are Attack, Critical Rate, Critical Damage and Speed. Attack, Critical Rate and Critical Damage are essential stats for Attacker heroes whose primarily role is to deal a tremendous amount of damage to their target. Speed is important to go after the enemies to nuke them down before they have a chance to take a turn. Reason being, Nathalia is pretty squishy and could only tank a few hits before she gets knocked out. The best gear for Nathalia are Cursed Set, Raider Set and Guard Set. Guard Set provides 1 Shield buff to her, so she can instantly activate her passive skill to provide the Attack Up and Immune Buff. This allows you to run her without requiring a buffer hero for short battles such as Arena. Cursed Set is useful in allowing her to gain additional buffs through her basic attack but if you do not have any good ones in your inventory, Raider Set is a good alternative to offer additional Speed stats. Nathalia and her sister, Tia, both grew up living a life of luxury within the Empire. Their father, Kagas, was a skilled and envied magician – known throughout all of the land. Nathalia wished to follow in her father’s footsteps in studying magic. Initially, she showed very little skill in this regard. It wasn’t until she and her sister were having a fight that she decided to finally tap into her abilities and showcase the talents deep within.

With a rush of magic, blue and purple glowing light started to appear around her; rising up and overtaking her entire body. Sparks started to fly from the ends of her fingertips as she let out a yell and thrust a quick burst of power towards Tia, knocking her to the ground. It was in this moment that two things were very clear; that Nathalia holds immense magical power, and that Tia must fear her younger sister.

Following this, Kagas knew that he must find the best magical school within all of the Empire for Nathalia to enroll. He was excited at the thought of his child having so much magical power. It is with this, that the Imperial Academy of Magic acquired one of their most powerful students. Here at the Academy of Magic, Nathlia was able to polish and refine her magical abilities.

Though she studied a wide array of skills – from healing, levitation, and even attack skills – she found a great interest in Arcane abilities. With this, she has increased her skillset to rival her father’s abilities, and knows that inside she holds great talents. Always equipped with her book, she will never turn away from studying or shy away from showcasing her talents. 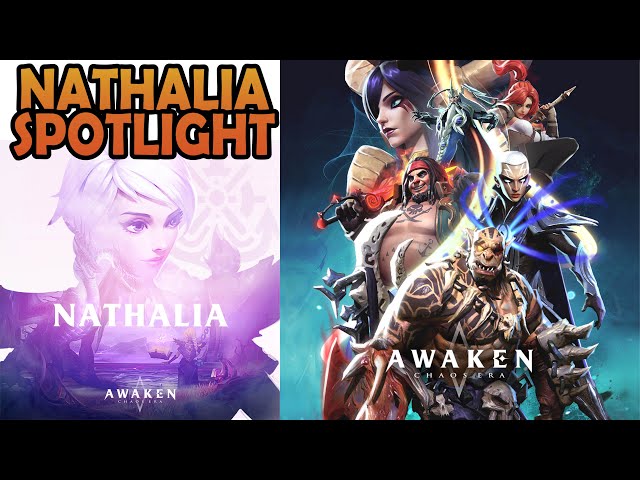