Hydrissea is a Legendary Offense Water Hero from Dragonscale Marsh in Awaken Chaos Era. Hydrissea can be obtained through Rookie Summon by completing Adventure Normal 2-8 or Advanced Summoning Shards. If you aren’t able to get her through the 5 options of the Rookie Summon, you can perform an Account Re-roll.

Dragonkin is Hydrissea’s unique trait that grants her a bonus attack to deal extra damage to all enemies. It’s mechanics works similarly to a Cursed Set but built into her skills. She requires to be ascended twice to unlock her trait to deal more damage from 50% to 80%. Glacial Shard is her basic ability that attacks an enemy and applies Speed Down simultaneously. It’s useful to slow down an enemy to allow the rest of your allies to catch up with them if they do not have sufficient Speed stat to overtake their turn.

Dragon Frost is her special ability to apply AoE Defense Down on all enemies, which is useful for Adventure Speed Farming to enable all of your heroes in the squad to take begin their turn after the enemies. You will need to build Hydrissea with a high amount of Speed to take advantage of this ability as she has a low base speed. Finally, we have her Frost Zone ultimate ability that deals AoE damage with additional splash damage based on the number of enemies on the battlefield. However, it doesn’t freeze any enemies or inflict any Frostbite on them.

Overall, Hydrissea is a decent AoE Nuker who is capable of speed farming Adventure stages quickly when you first begin your journey if you selected her as your Rookie Summon Legendary hero. To unleash her full potential, provide her high amount of Attack, Critical Rate, and Critical Damage stats to deal a massive amount of damage. Speed is essential for her to go first in battle to apply the Speed Down debuff to enable the rest of her allies to overtake the enemy. She will require Focus if you intend to utilize her negative effects. Otherwise, the enemies will resist them. In addition, she is best to be equipped in Avarice Set to amplify her AoE nuke damage since most of her skills are AoE targetting.

Check out the best build for Hydrissea with gears and stats!

The recommended stats to prioritize on Hydrissea are Attack, Critical Rate, Critical Damage, and Speed. The Attack, Critical Rate, and Critical Damage stats are essential for Attack type heroes to deal a massive amount of damage to their enemies. The best gear for Hydrissea as an AoE nuker is Avarice Set and Raider Set. Avarice Set boosts her AoE damage by 50% while Raider Set helps to provide an additional Speed stat. Barely a millennia-old, it would normally be unthinkable for such a young Ice Dragon Princess to ascend to the position of Queen. These are not normal times, however, since the rapacious hunters of the Hirschbuck Empire have brought her kin to the brink of extinction. Hydrissea has often been tempted by Savanna’s path of vengeance, and yet seems to possess more forgiveness than her years would suggest. Unwilling to walk the Dark path of her esteemed friend, Hydrissea has instead withdrawn her people into the recesses of Dragonscale Marsh and away from prying eyes. Yet the Ice Dragons’ pseudo-retreat from politics has proven short-lived as new darkness threatens once again to destroy all of Aurelica… 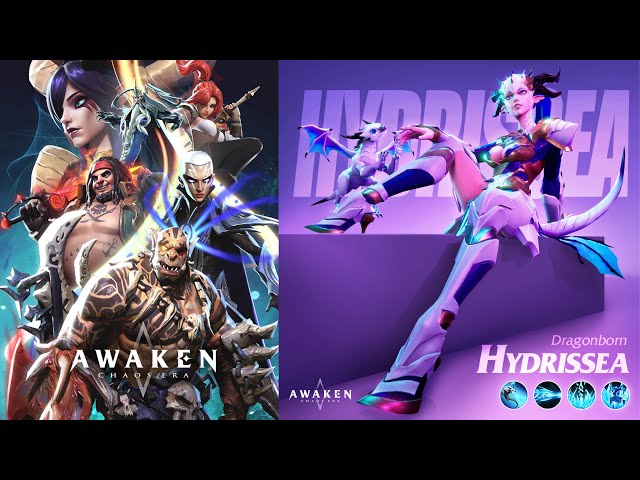