Okubi is an Epic Support Wood hero from Crisas in Awaken Chaos Era. Okubi the Thorn Shaman was released on 20th January 2022. He specializes in inflicting multiple debuffs on enemies such as Random Stats Down, Bleeding, Ignite, Poison, No Positive Effects and Resistance Down.

Demonic Flora is Okubi’s unique trait that applies Random Stats Down on enemies after your allies inflict a negative effect aka debuff on them, which means you will need to pair Okubi with another debuffer hero to trigger Okubi’s trait. The recommended heroes to synergize with Okubi are Poison heroes such as Santis, Valuk and Gangelo as Poison can be stacked rather than overriding existing debuffs on the enemy. The Random Stats down is quite helpful in reducing the enemy’s offense and defense capabilities.

Souleater Bract is his basic ability that attacks an enemy and inflicting Resistance Down debuff, which lowers the Focus requirement to apply debuff on the enemy in case your other debuffer does not have sufficient Focus to inflict their debuff consistently as its being resisted by the enemy who has high resistance stat, especially in higher difficulty of Arcane Dominator, Endless Trial, Void Tower and Bounty Hunt.

Thorny Passage is Okubi’s special ability that removes a buff from the enemy and inflicts a No Positive Effects to prevent them from receiving any future buffs. It’s useful against enemies who relies heavily on buffs to raise their damage and survivability such as Wrathful Flood, Queen of Tides and Lord of Holy Light.

Dance of the Forsaken is his ultimate ability that summons the Demonic Flora in the middle of the battlefield. This dark flower inflicts Bleeding, Ignite and Poison debuff at the end of each round. Upon the summon expiration, it explodes and deals AoE damage to all enemies. The damage output of this explosion is not massive as it seems, so I wouldn’t rely on this to knock out the enemies.

Okubi is reportedly the one and only shaman of the goblins of Crisis Desert, a fact that may be of little solace to his brethren due to his strange temperament and unwillingness to interact with or even respond to others’ requests or pleas for help in regard to his unusual magical talents. Okubi’s legendary unfriendliness has not yet sufficed to turn away all would-be seekers after the services of the “Poison Shaman”, and indeed he has on occasion granted a healing boon of one or two shamanistic magics to a few supplicants. Of course, in his twisted mind, Okubi would much rather be practicing research into new and deadly poisons than life-saving treatments.

Okubi’s one solace appears to be his strange garden, a lush place grown within the indisputable desert and apparently immune to its frequent dust storms, populated by flowers and flora that none of its very infrequent visitors have reportedly seen before. Indeed, the very few supplicants that have managed to locate and observe Okubi’s mystical oasis have told of his strange, unholy-looking dances, mutterings and mumblings, and wavings of hands as if Okubi is communing with the gods of the desert or wind, which, stranger yet, have been followed by a peculiar growths and movements among these beautiful and yet ominous-looking plants.

The reality is that Okubi is a believer in the ancient Thorn God, a wretched deity forgotten by all but the eldest races of Aurelia, and yet also means of conjuring the dreaded “Daemon Flower”, the most powerful source of poison anywhere in Crisis Desert or possibly anywhere. Okubi’s mad studies of the ancient ways and ceremonial attempts to conjure some sort of reaction from the old god to create his “perfect flower of poison” did eventually culminate in some success, wherein Okubi managed to recall this source of infinite poison through some kind of portal into his garden. The “Demon Flower” is a hard taskmaster though, requiring a daily dose of not water, soil, or nutrients, but the bloody corpses of freshly-slain animals. Then again, Okubi may regard the attainment of this ultimate source of poison as his most important life’s work… 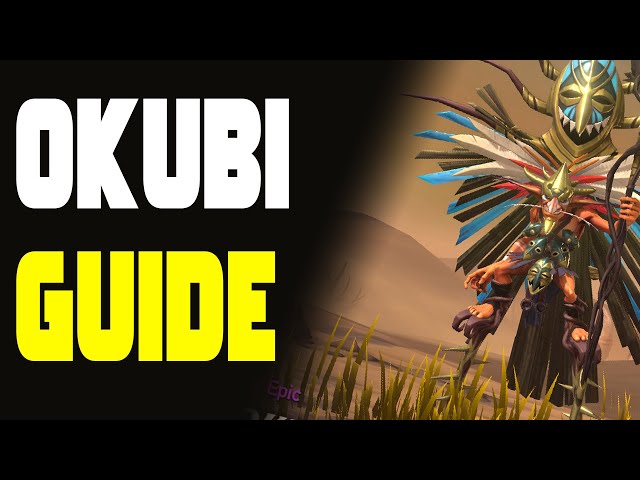