Brand is a Legendary Defense Fire Hero from Titan Icelands in Awaken Chaos Era. Brand’s skill kit revolves around placing defensive buffs on allies to protect them against enemy threat and redirecting the threat from allies to himself to tank the damage. Brand was available in Magic Pass Season 3 (Elite Pass Reward) as the reward for completing Tier 30 of 50.

Mountain Shelter is Brand’s unique trait that grants an AoE Shield to all allies at the start of each round, which is useful against attacker enemies who can nuke your team first if your team is not fast to begin the battle! The shield capacity provided by Brand is based on his Max Health, hence it’s recommended to build him in high HP to take advantage of this defensive capability.

Wildaxes is his basic attack that deals damage to an enemy with a chance to taunt them. This special ability synergizes well with his passive skill King’s Saction to taunt multiple enemies who attacked any of your allies. To enable Brand to successfully taunt the enemy, he will require sufficient amount of Focus to prevent them from resisting it.

King’s Saction is Brand’s signature passive skill that allows him to counterattack the enemy who attacked his allies. In addition, it applies Attack Down to reduce their damage potential in their next attack, which further increases your team’s survivability. This ability is useful against Bane Wraith who requires multiple-hits to break his shield before being able to deal damage to the boss.

Call of the King is his ultimate skill that buffs all allies with Defense Up II and Attack Up II while simultaneously removing a negative effect. These buffs boosts your team’s overall damage output and durability. This skill pairs well with Nathalia who requires a lot of buffs to deal high amount of damage with her Trait.

Overall, Brand is an amazing support champion who can amplify your team’s both offensive and defensive potential. Although he was nerfed just before global launch (January 6th 2022), he is still viable in difficult content such as Endless Trial and Void Tower if you do not have any other carry heroes such as Mytheasia and Blackhorn.

Mountain Shelter (Trait → Ascension)
At the start of the round, grant a Shield worth (5% → 10%) of this character’s Max Health to all team members for 1 turn.
Shield: Redirects some damage from the target to this character.

The recommended stats to prioritize on Brand are Speed, Resistance, Health, Defense and Focus. Speed allows Brand to go first in the team to remove all negative effects before applying Attack Up and Defense Up buffs on allies, which is useful against Arena Speed teams who utilizes Sundering Purgatory Spell to inflict AoE Defense Down. Resistance is important for Brand to prevent him from being crowd controlled by Stun, Taunt, Freeze if the enemy attempts to prevent him from removing those debuffs. Health and Defense enables Brand to tank a few nuke attacks from enemies while Focus facilitate in applying Attack Down on enemies whenever they attack his allies. The best gear for Brand as a Cleanser Supporter Hero for Arena is Dragonscale Set to reduce the critical damage by 30% dealt by enemies single-target or AoE nuke attacks. Raider Set is a good set to pair with Dragonscale to boost his Speed Stat, so he can begin the round first to remove any debuffs applied by enemy on your allies and boosting their overall offensive and defensive capabilities. Brand Forgeguard is the Stone King over the Mountain Kingdom, appointed by the Dwarven Council, responsible for the safekeeping of the Titan Icelands and the dwarven race, and last in a long line of respected kings. Brand also successfully navigated his people through a grave crisis 100 years ago, which has only strengthened his belief in the Titan-given right of kings to rule with absolute authority for the sake of the greater good, although this inflexible approach to rulership has not proved popular with some, particularly Hassel, Chief Elder of the Molten Clan. The Forgeguards have produced many of the Mountain Kingdom’s finest warriors over the centuries since Ineras Forgeguard served as personal bodyguard to the first Stone King, George Moltenfire.

Although centuries-old by this point, Brand himself is an extremely capable dwarven warrior determined to exemplify in himself the same strict martial ideals required of his soldiers or, as he often says, “Power comes not from words, but from the edge of the axe”. The crown lies heavy on Brand’s head, and he sometimes can’t help but reflect longingly on the days of his youth and the nights spent in revelry in the taverns under the snowfalls. Yet harsh reality must consign such pleasures to the idyllic realm of youth… 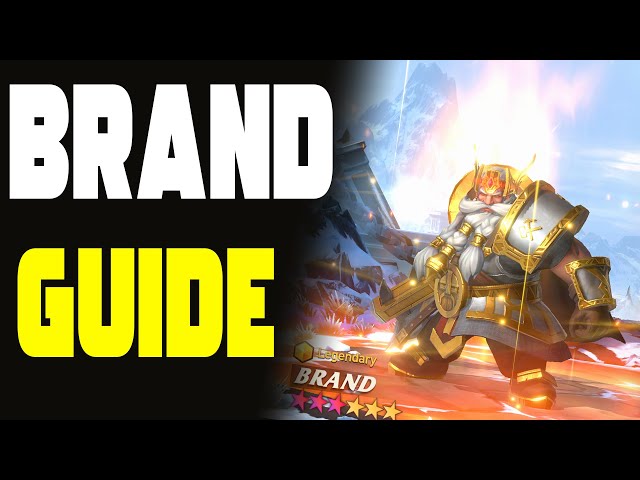