Sacris Custodia (Trait → Ascension 2)
Grants a team-wide Shield equal to (10% → 20%) of this character’s Max Health for 2 turns upon the release of any enemy area ability.

Brilliance Boost (Special, Cooldown: 3 turns)
Removes all negative effects from this character, restores 35% Max Health, and grants a bonus turn at the end of the round.
Level 2: +10% Health Recovery.
Level 3: +5% Health Recovery.

The imperial army has a saying: “sword, shield and bow win the day” – “bow” referring to the Imperial regiment of archers led by Commander Thomas, and “sword and shield” to the empire’s fearsome infantry phalanxes led by Commander Jonathan, who can be counted upon to provide reliable cover for the rearward regiments to rain down hellfire upon any enemies who would dare stop the empire’s relentless advance. So great is the number of arrows that can be fired from the imperial regiments it is said the arrows usually block out the sun. It cannot be denied that the Hirschbuck Empire’s unique mix of ranged melee battle tactics has proved a reliable guarantor of victory.

Jonathan is regarded as the most outstanding of the Hirschback Empire’s “linebreaker generals” and who will himself often take to the enemy lines alongside his men to crush all resistance or, when
fighting defensively, expertly construct defensive phalanxes of shields non-magical enemies could never dream of breaking.

Jonathan is equally courageous in combat, wielding an impressive sword with which he has struck down many an opposing shield. Jonathan’s greatsword is a subject of some controversy, as it appears to be magically enchanted and yet Jonathan himself does not appear to possess any particular magical affinity, thus calling into question how the weapon has come to recognize him as master. It is whispered among certain man in the dead of night that Jonathan did not win this weapon through any battle in the mortal realm, but in a dream duel in which some entity bestowed the sword upon Jonathan for a lifetime of pain and suffering he experienced within that dream-state. It is. of course. also possible then no one – including Jonathan himself – is quite sure of the actual history of the weapon. 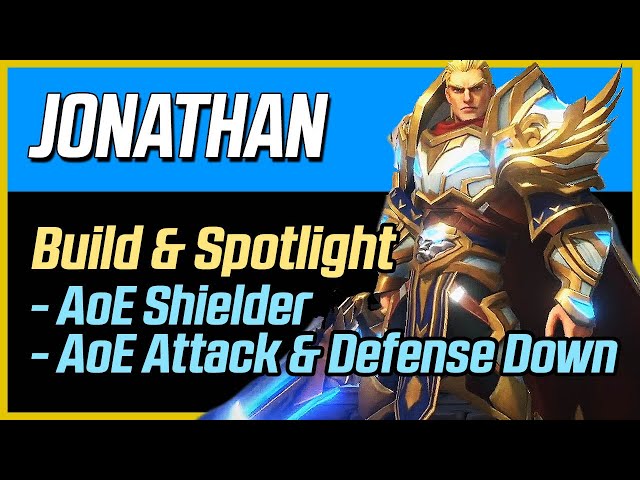