Pandemic (Trait → Ascension)
If the enemy removes Plague, there is a (15% → 30%) chance to apply Stun for 1 turn.
Plague: Deals damage based on current Health at the start of the turn.
Stun: Unable to act. [Control Effect]

Desmond graduated a young healer mage from the Imperial Academy with specializations in healing, potion-making, and summoning, and quickly became highly a sought-after expert. If Desmond’s clients could complain about one thing, it was perhaps that he tended to focus only on those patients least curable or closest to death, a strange habit that began to arouse a general suspicion owing to the unexpected deterioration in many of his cases, which could not be explained by the use of ordinary healing magics.

Desmond had, in fact, been experimenting on his sickest patients with entirely new, unpredictable concoctions. Desmond’s first brush with expulsion occurred at the hands of a colleague who threatened to expose him upon the discovery of the unethical potion experimentations. Desmond managed to delay his colleague’s report to the authorities with an artful appeal to his compassionate practice of euthanasia for critically-ill patients, but then took the opportunity afforded by nightfall to quietly slip in and assassinate his colleague. This was only the first in a series of inexplicable events at the hospital that raised general suspicions Desmond’s way.

Indeed, Desmond began to sense that he was not long for the medical profession. It is true that Desmond had initially only experimented on those subjects that were, for all intents and purposes, merely hours or days away from certain death, but he felt that even this defense would not win over his colleagues and he had, moreover, also taken a peculiar, twisted delight in the act of accidental murder on several occasions. Desmond realized that he truly enjoyed the feeling of absolute power over people and, in later months, had become truly careless with the types of victims to which he had directed his experimental concoctions.

The day finally came when Desmond was forced to flee as a fugitive from the Empire, but his magical prowess ensured that he remained an elusive target to the Imperial Guard who were often frustrated by his ability to summon a flock of crows seemingly at will to evade capture. Desmond spent years hiding in the far-flung Eastern and western border regions until the prospect of treating an endless host of ill patients attracted him to Pegasus once news of the plague outbreak reached his ears. Desmond found his services as a doctor in high demand once more in Pegasus, and has been thrilled ever since at the prospect of donning his raven skull mask and applying cruel enchantments to despairing plague sufferers. 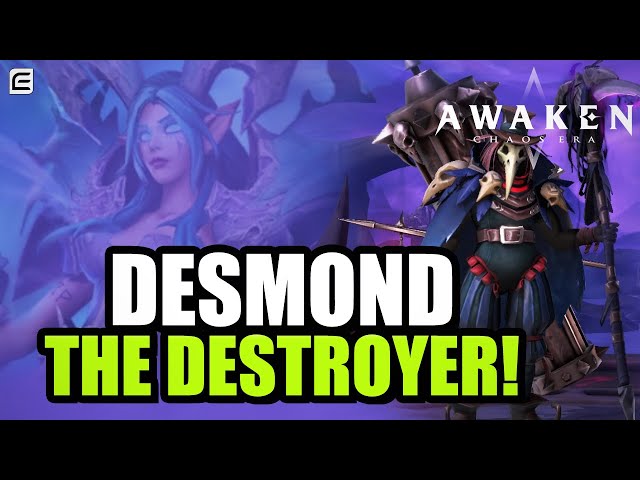