Goo (Trait → Ascension 2)
Attacks dealing damage over 40% of the target’s Max Health also inflict [Slam], dealing 100% damage and ignoring (50% → 80%) of the target Defense. This ability grants an additional bonus attack up to once per round against whichever enemy has the least Health upon defeating an enemy.

All students of the Magic Academy in the Imperial Capital will be familiar with the story of Kaiti Sanforda, a highly distinguished researcher into form enchantments and a former professor of Ciara “Plague of Darkness” before her days of infamy. Kaiti was well-known for more than merely her form enchantments during her long years at the Academy, that is, particularly for rumours around her failure to marry and an unseemly romantic relationship with the statue of a knight that she had animated by magic named “Andre”, after the great love of Kaiti’s life, who died serving the Imperial Cavalry.

Rumours began to swirl about the Academy that Kaiti had enchanted the statue out of heartbroken desperation for her long-lost lover and imbued it with a part of her memories and life essence over the years. The half-living, half-inanimate “Andre” was not capable of complex thought, but only the most basic feelings and actions, the most powerful of which was his love and devotion to his creator, Kaiti. Kaiti sincerely wished an independent life for Andre as an autonomous creature, but this plan went awry almost as soon as Kaiti passed away suddenly.

Unable to contain his grief and anger at the Academy for the circumstances surrounding her death, Andre fled the Academy in a destructive rampage. The living hulk of metal destroyed several villages before the combined efforts of a group of Academy scholars, including Ciara, managed to bind the creature at the bottom of a lake with enchantments including a magical seal to prevent him from escaping and a heavy anchor to weigh him down to the depths. Ciara never forgot the incident nor Andre’s incredible feats of strength and near-indestructibility. She decided that Andre was too valuable an asset to go to waste after joining Soulplunder, and returned to the lake, broke the seal, and released Andre with a fresh imbuement of chaos power.

Ciara responded to Andre’s agonizing question: “Where is Kaiti… Where can I find her tombstone?” with the revelation that its creator had been disowned by the same Academy to which she had devoted her life and which had shamefully refused burial in their graveyard. Childless and alone, “nobody knows her final resting place”. Dark chaos energy infused within, Andre’s anger against the mages for his imprisonment, and his creator’s insulting treatment at their hands, has made Andre a willing tool of Ciara’s vengeance. 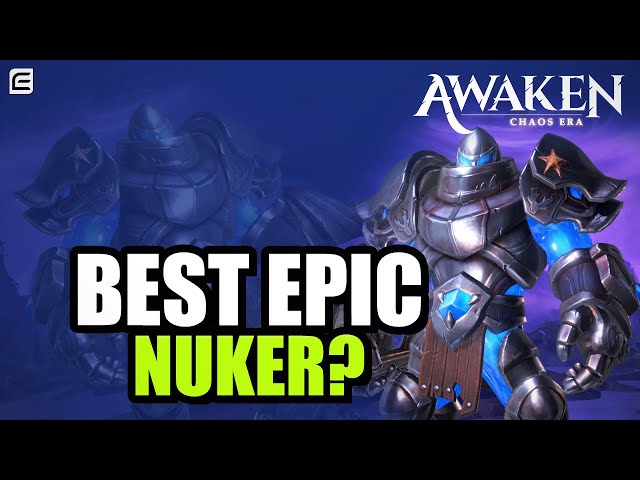