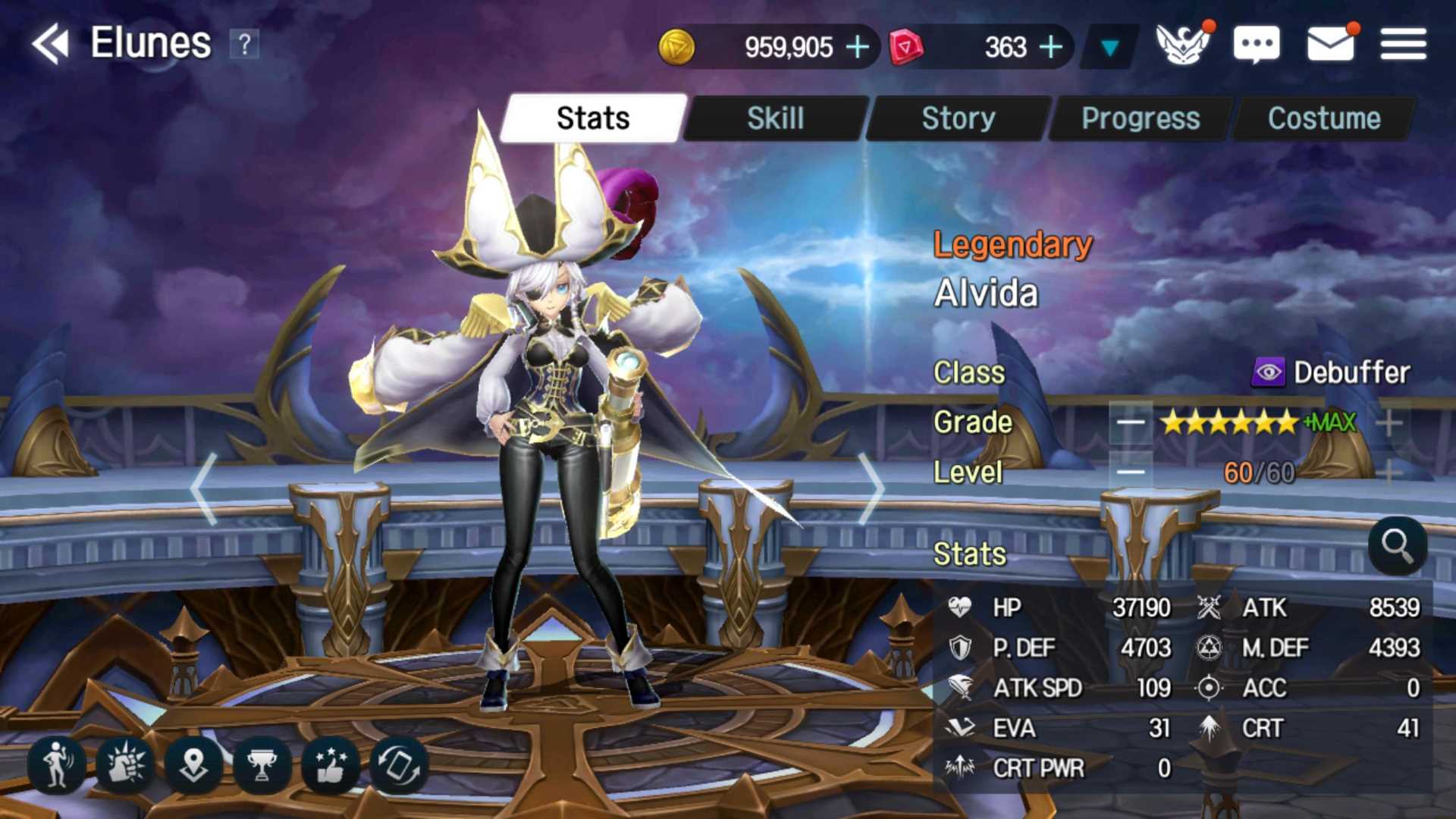 Broad Mind (Passive 2★)
Increases Alvida’s ATK by 5% for each Weaken Effect applied on all enemies.

Raid Alert (Passive 4★)
Ignores enemy Weaken RES when attacking an enemy that has less than 50% HP and prevents them from gaining Weaken Tolerance even when Weaken Effects are successfully afflicted.

Mark of the Great Pirate (Passive 6★)
Increases enemy SOUL Consumption by 1 for each Weaken Effect that Alvida has.