Valeria is a Legendary Offense Fire hero from Lasir in Awaken Chaos Era. Valeria can be obtained through Rookie Summon by completing Adventure Normal 2-8 or summoning her from Advanced Summoning Shards. If you aren’t able to summon her through Rookie Summon, you can perform an Account Re-roll. Valeria was also made available via Magic Pass Season 9!

Her skill kit revolves around dealing a massive amount of AoE damage to her foes. In addition, she has a powerful trait that reduces all of her skill cooldown rapidly for every enemy that is being defeated in the battlefield, which makes her one of the best AoE damage nuker in the game along with Evera, Nathalia and Hydrissea.

Pleasure and Pain (Trait → Ascension)
Reduces all ability cooldowns by 1 turn upon the death of an enemy (Ascension → and grants Attack Up for 1 turn.)

The stats prioritized for Valeria as a pure AoE attacker are Attack%, Critical Rate, Critical Damage and Speed. The best gear for Valeria are a Pure AoE Nuker build is Avarice Set and Raider Set to boost her AoE damage and Speed for Speed Farming content. This enables her to deal a massive amount of damage with her Eye of the Cursed (Ultimate AoE Attack) or Scarlet Feast (Special AoE Attack). Raider Set is useful to raise her base speed stat, so she can go first before enemies have a chance to take their turn. 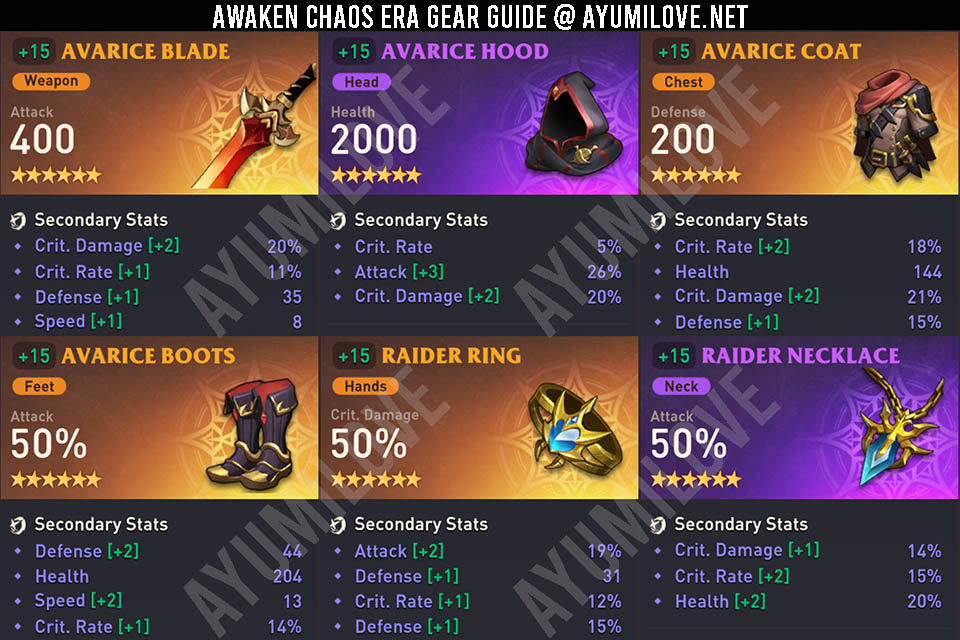 None of the mysterious highborn of Aurelica raise perhaps so many questions as the Archcleric under Duke Nicklaus of Lasir, Valeria. Details of Valeria’s life before the Duke’s court remain murky albeit dark rumors certainly abound given the cruelty with which she treats prisoners of war according to the members of Lasir’s House Guard. Even the notorious witch hunter, Vance, has been observed to quiver with fear at an audience with the terrifying but beautiful Archcleric. Her presence seems to have inexplicably changed the culture of the Duke’s court, who himself appears much less statesmanlike and far more impulsive in recent years…