Shane is a Legendary Support Wood Hero from Holy Light Empire in Awaken Chaos Era. Shane’s skill kit revolves around inflicting debuffs on the enemies such as Attack Down, Karmic Cycle (aka Increase Damage Taken), and Defense Down to enable your damage dealers to defeat the enemies swiftly, which makes him one of the best candidates for speed farming in all areas of the game!

Karmic Cycle is Shane’s unique trait that amplifies your heroes’ damage output each time they attack the enemy. He is best synergized with damage dealer heroes who can perform multiple attacks or joint attacks to quickly stack up the Damage Boost from his trait. Recommended heroes to pair with Shane are Boolin, Jacob, Opal, Marian Shadowblood, Scarlett, Earendil, and Hector. Shane requires 5 ascensions to unlock his 2nd trait ability to enable him to rescue a team member from the fatal hit, then remove all of their negative effects and restore a portion of their health.

Clockwork Smite is his basic ability that inflicts Defense Down debuff on an enemy. This is particularly useful in reducing the enemy defenses so that your damage dealer can inflict more damage on them. If you are fighting against a boss that does not have any side minions, then you can replace the Sundering Purgatory spell slot with other spells such as Gaia’s Renewal since Shane can have this debuff on the enemy at 100% consistency.

Space-Time Warp is Shane’s special ability that applies Attack Up and Damage Up to an ally before gaining a bonus turn. On auto battle, this skill will be initiated first before triggering the Ultimate ability. If you want Shane to buff a specific hero in the battle such as Guild Boss, then you will need to manually select the hero. I highly recommend selecting your primary damage dealer, so you will deal more damage in the long run!

Wheel of Destiny is his ultimate ability that applies Law of Karma and Attack Down debuff to all enemies on the battlefield. Law of Karma is a unique debuff from Shane that works similarly to an Increase Damage Taken debuff. Since this is a unique debuff, you can apply Increase Damage Taken on the enemy along with this debuff, so they will receive 60% more damage simultaneously! Although Shane does not have any sustainability skills like healing or shield, the Attack Down aids in reducing the damage intake on your team.

Overall, Shane is an excellent support champion who can boost your team’s damage output allowing you to speed-run the No Man’s Land and Arcane Dominator dungeons. However, he truly shines if you can pair him with strong damage dealers who are decently equipped with maxed gears and utilize some mastery books to unlock the Gear Mastery and Ability Mastery.

Karmic Cycle (Trait → Ascension 5)
When a team member deals damage to an enemy, increases all team members’ damage dealt by 6% until the end of this round. Max 10 stacks. (Ascension → When a team
member receives fatal damage, restores % of their Max Health and removes their negative effects. Only once per battle.)

The recommended stats to prioritize on Shane are Speed, Focus, Health, Defense, and Resistance. Speed allows Shane to go first in the team to apply the AoE Attack Down and Law of Karma, so his allies will be able to deal more damage to the enemies. Focus is a staple for debuffers like Shane to prevent enemies from resisting the debuff. Health and Defense stats allows him to tank damage, and supports heroes are usually the primary target in most PvE dungeons as the enemy boss prioritizes the hero with the highest health. The best gear sets for Shane are Revival Set, Raptor Set, Raider Set, and Guard Set. For my build, I opt for Revival Set to enable him to recover his health every turn and this synergizes well with his special ability, allowing him to recover twice within a round, while Guard Set allows him to defend against the initial nuke from the enemy, especially in Ash Magisteria where he is weak affinity. Many of the noble houses of the Imperial aristocracy of the Hirschbuck Empire can lay claim to unusual talents. But none more so than the members of House Kalisari. the scions of which have inherited a peculiar affinity for time magic ever since the House’s first founding by a long-forgotten ancestor. The strange talent tends to manifest in unpredictable ways. Most inheritors possess only a weak power to modify time by seconds, occasionally minutes. Others possess temporal powers associated with dreams and divination and have been uniquely placed to avert incoming disasters dreamed of nights before. But none of House Kalisari have ever approached the talents of the legendary man nicknamed the “Lord of Time”, supposedly born with the ability to reposition himself anywhere on history’s timeline as he saw fit, or to pass centuries as if days or days as if centuries.

Such outlandish tales of sorcery have echoed through generations of Kalisari descendants. And the story of the Lord of Time might be believed if there was even a shred of evidence for his existence, which surely he would be uniquely able to provide. But the Lord of Time’s glaring absence from any formal chronicle of family history and the declining fortunes of House Kalisari has cemented him as a myth. And House Kalisari’s fortunes are declining rapidly. Some have surmised the unusually short lifespans of the bloodline must be a result of their unusual talents—a deadly price perhaps to be paid by one who manipulates time. Issues of ill health, infertility, and infant mortality have added to their woes. Today the members of House Kalisari numberjust one—Lord Shane. And almost no one alive knows of the extraordinary powers of the Kalisari bloodline, except for a chosen few and the Emperor’s court. After all, their involvement in the founding of the Hirschbuck dynasty has not been forgotten.

Lord Shane has always struck a solitary figure—a recluse whose family fortune and titles shield him from any undesirable social necessity. While fellow nobles may find him arrogant, commoners would never even have a chance to speak to a lord concealed behind so many gated walls. Only the Emperor himself seems to hold any particular sway over Lord Shane. And it is a source of continual jealousy that only the Kalisaris have maintained all of their noble privileges, lands, and titles established at the founding of the Empire. Many other aristocrats’ fortunes have greatly diminished after falling afoul of one emperor or another during its history.

Lord Shane was not an only child. He had a younger sister, Tibis, who, by dint of her superior time magic, had been due to inherit the headship of the family ahead of her brother. And the fact that she didn’t is a source of continual pain that haunts Shane to this day. The refusal of Shane and Tibis’ father, the previous Lord of House Kalisari, to engage in the pointless factional battles of the aristocracy eventually culminated in a revenge plot. Enemy nobles organized a deadly ambush for Lord Shane on one of his country estates and left him for dead. It was his sister, Tibis, who invoked the right of her ancestral bloodline to turn back time and placed the great wheel of the universe into reverse. Shane noticed his injuries vanish and then, before he had realized what was happening, returned to several hours before the attack. But his sister had drawn deeply of the well of her powers and more deeply still. The transaction had used an overwhelming amount of her life energy. And as Shane gazed lovingly at the sister who had saved his life, her mortal form disintegrated before his eyes into time shards. She vanished thereafter, lost in the winds of time.

Lord Shane could not accept the loss of his last surviving relative. And the fact that she had died to save him made her death all the more heartbreaking. Shane spent years afterward pouring over tome after tome of arcane knowledge, running experiment after experiment to find a way to peer through the cracks of time to see where she was, or perhaps to reverse time as she had done before. And ever since, Shane has lived with a guilty understanding that he has inherited the wealth, power, and privileges that should have been his sister’s as the head of House Kalisari. 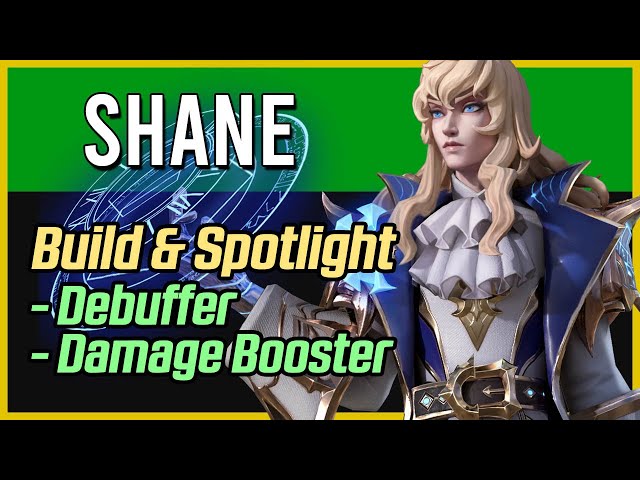