Garrell is a Legendary Offense Fire Hero from Crisas in Awaken Chaos Era. Garrell the Flaming Asura was released on 3rd March 2022 as the second Legendary hero with a Time-Limited Summoning Event with 7 days login reward and Fire Slam Event! His skill kit revolves around dealing a high amount of damage to a single-target enemy, which is useful to takedown tanky heroes in an Arena Defense Stall Team.

Flaming Asura is Garrell’s unique trait that implements charge mechanics. When he charges up to 6 Rage, he unlocks Asura State for 2 turns, which enables him to deal a massive amount of damage based on Garrell’s Max Health. If you have him reach Ascension V, then he gains a Bonus Turn that is helpful to deal following damage to the opponent to prevent them from recovering from his prior attacks! Asura State is a self-buff that is unremovable and unstealable.

Flaming Fists is his basic attack that deals damage to an enemy and additional damage if the opponent has any positive effect aka buff on them! This extra ability is useful in dealing damage against heroes who specializes in Shield buff to prevent them from taking direct damage such as Roaring Tulpa Boss!

Inferno Shock is Garrell’s special ability that passively activates his life-steal capabilities for that particular period before counterattacking the attacker. This ability is useful in sustaining throughout the battle by recovering a portion of his health based on the damage dealt. You can equip him in Revival Set to increase his survivability on top of this passive skill.

Enraged Chain is the ultimate ability that grants him an Attack Up buff (30% Attack) and Defense Pierce II (Ignores 50% Defense) before attacking an enemy. This ability is helpful in quickly wiping out the backbone of the enemy support team such as Mytheasia (AOE Reviver), Blackhorn (AoE Healer), Brand (AoE Shield) to prevent the enemy from sustaining after your nuke attacks. It’s best paired with an AoE Defense Down from William’s ability or using Sundering Purgatory spell for the best effect!

Overall, Garrell is a decent Legendary niche hero for countering highly defensive heroes. His skills resemble Siress’s skills but with a better version of the Defense Pierce (30% vs 50%) in exchange for multi-target enemies. If you are looking for a hero to speed farm Roaring Tulpa, Garrell is one of the best heroes for the job, and paired with Ztlin, he can make the boss a quick workout within a minute! However, most end-game gear is found in Gemini Dragon, Queen of Tides, and Ash of Magisteria. Apart from that, he is viable against specific heroes but an expensive option to beat the defense stall team in Arena as Urion is the preferred AoE nuker hero for the current meta.

Flaming Asura (Trait → Ascension)
Grants 2 Rage at the start of the battle. Each attack grants 1 Rage. 6 Rage removes all negative effects from this character, (Ascension → grants a bonus turn,) and activates an Asura state for 2 turns.
Asura (Unremovable Buff): Attacks in the Flaming Asura state deal extra damage based on Garrell’s Max Health.

Inferno Shock (Special)
When attacked, boosts life steal 50%, and counterattacks with basic abilities. Triggered up to once per round.
Level 2: +20% Life Steal strength.

Long gone are the days since the Bantus of Crisas held sway over Aurelica from the seat of their vast empires, or built magnificent structures imbued with magic rarely seen since ancient days. Centuries have come and gone, leaving little else but the sacred Ramoz Temple, still standing tall as an impressive sight to match the setting sun, and the occasional desert ruin. Today’s Bantus are few in number and, like Garrell, mostly devoted to the quiet patronage of an ancient tradition from within their secluded Sacred Temple.

Garrell is a proud inheritor of the ancient customs of his Bantu elders, which he has spent countless years honing with martial vigor within the sanctum of his people’s temple in Crisas. He, like many other Bantus, see the cultivation of mind over matter and the physical body as a means of unlocking the greatest power of all: the corporeal manifestation of one’s spirit in physical form, which the Bantus call the “Animus”. Decades of training did not disappoint. Like many of his people’s greatest warriors, Garrell, at last, unlocked an extremely powerful manifestation of his inner spirit – a four-armed avatar of fire and power.

Garrell awoke from the blinding incarnation surrounded by a pool of fire, which radiated outwards from his slumped body on the floor. He stood, eyes aflame, hair flowing upward as if by a magnetic force and behind him the terrifying visage of the four-armedanimus. Garrell turned his eyes to the horizon beyond the temple windows as he considered the power of his burning avatar. He now had the strength to venture forth and deal with Crisas and perhaps Aurelica as he pleased. But should he come in the manner of an avenging angel or a force of salvation?

DM Mobile Gaming: Summons & Review For Garrell – Is He Worth It? – Awaken Chaos Era 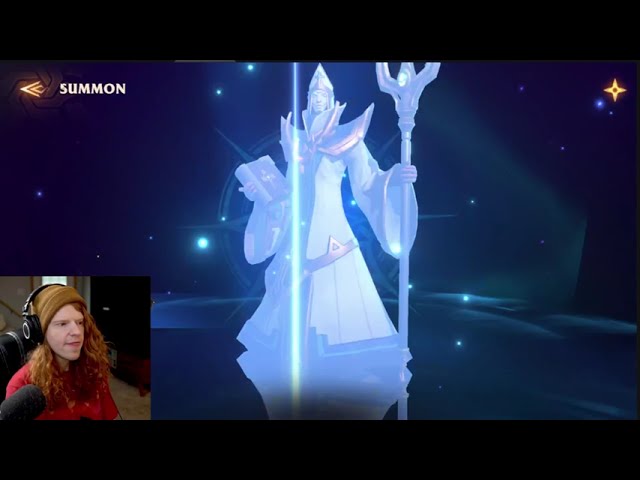 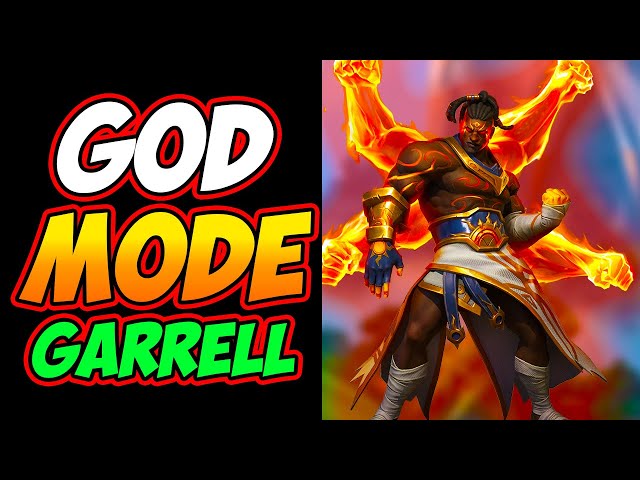 ITrolledyou: Honest Review of Garrell. Where to use him? Is her Worth It? 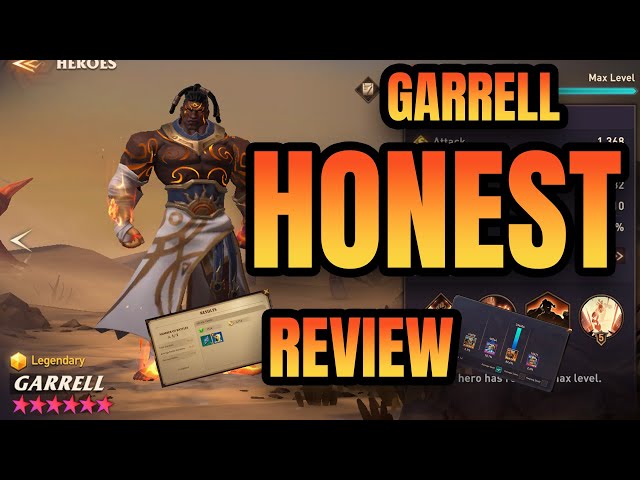